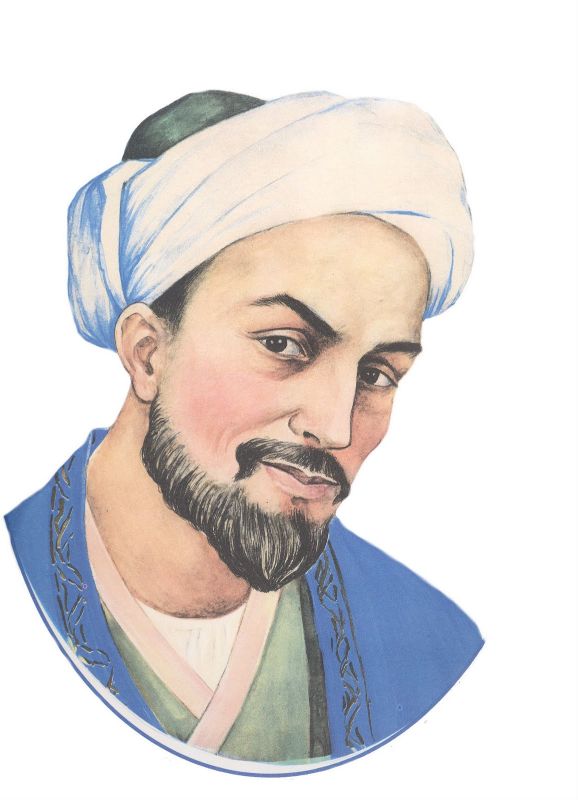 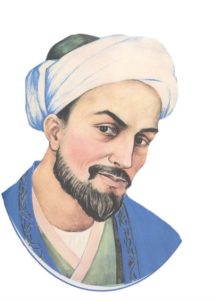 Abū-Muhammad Muslih al-Dīn bin Abdallāh Shīrāzī, Saadi Shirazi better known by his pen-name as Saʿdī or simply Saadi, was one of the major Persian poets of the medieval period. He is not only famous in Persian-speaking countries, but has also been quoted in western sources. He is recognized for the quality of his writings and for the depth of his social and moral thoughts.

A native of Shiraz, his father died when he was an infant. Saadi experienced a youth of poverty and hardship, and left his native town at a young age for Baghdad to pursue a better education. As a young man he was inducted to study at the famous an-Nizamiyya center of knowledge (1195–1226), where he excelled in Islamic sciences, law, governance, history, Arabic literature, and Islamic theology.

The unsettled conditions following the Mongol invasion of Khwarezm and Iran led him to wander for 30 years abroad through Anatolia (he visited the Port of Adana, and near Konya he met proud Ghazi landlords), Syria (he mentions the famine in Damascus), Egypt (of its music and Bazaars its clerics and elite class), and Iraq (the port of Basra and the Tigris river). He also refers in his work about his travels in Sindh (Pakistan across the Indus and Thar with a Turkic Amir named Tughral), India (especially Somnath where he encountered Brahmans) and Central Asia (where he meets the survivors of the Mongol invasion in Khwarezm).

He also performed the pilgrimage to Mecca and Medina and also visited Jerusalem. Saadi traveled through war wrecked regions from 1271 to 1294. Due to Mongol invasions he lived in desolate areas and met caravans fearing for their lives on once lively silk trade routes. Saadi lived in isolated refugee camps where he met bandits, Imams, men who formerly owned great wealth or commanded armies, intellectuals, and ordinary people. While Mongol and European sources (such as Marco Polo) gravitated to the potentates and courtly life of Ilkhanate rule, Saadi mingled with the ordinary survivors of the war-torn region. He sat in remote teahouses late into the night and exchanged views with merchants, farmers, preachers, wayfarers, thieves, and Sufi mendicants. For twenty years or more, he continued the same schedule of preaching, advising, and learning, honing his sermons to reflect the wisdom and foibles of his people. Saadi’s works reflects upon the lives of ordinary Iranians suffering displacement, plight, agony and conflict, during the turbulent times of Mongol invasion.

Saadi was also among those who witnessed first-hand accounts of Baghdad’s destruction by Mongol Ilkhanate invaders led by Hulagu during the year 1258. Saadi was captured by Crusaders at Acre where he spent 7 years as a slave digging trenches outside its fortress. He was later released after the Mamluks paid ransom for Muslim prisoners being held in Crusader dungeons.

When he reappeared in his native Shiraz he was an elderly man. Shiraz, under Atabak Abubakr Sa’d ibn Zangy (1231–60) was enjoying an era of relative tranquility. Saadi was not only welcomed to the city but was respected highly by the ruler and enumerated among the greats of the province. In response, Saadi took his nom de plume from the name of the local prince, Sa’d ibn Zangi. Some of Saadi’s most famous panegyrics were composed an initial gesture of gratitude in praise of the ruling house, and placed at the beginning of his Bustan. The remainder of Saadi’s life seems to have been spent in Shiraz.

This page is based on the copyrighted Wikipedia Saadi Shirazi; it is used under the Creative Commons Attribution-ShareAlike 3.0 Unported License. You may redistribute it, verbatim or modified, providing that you comply with the terms of the CC-BY-SA.

I saw at the palace-gate of Oglimish the son of a military officer who was endued with marvellous intellect, sagacity, perception and shrewdness; also the signs of future greatness manifested themselves on his forehead whilst yet a small boy.

I heard a padshah giving orders to kill a prisoner. The helpless fellow began to insult the king on that occasion of despair, with the tongue he had, and to use foul expressions according to the saying:

A band of Arab brigands having taken up their position on the top of a mountain and closed the passage of caravans, the inhabitants of the country were distressed by their stratagems and the troops of the sultan foiled because the robbers, having obtained an inaccessible

It is related that, whilst some game was being roasted for Nushirvan the just during a hunting party, no salt could be found. Accordingly a boy was sent to an adjoining village to bring some. Nushirvan said: “Pay for the salt lest it should become a custom and the village be ruined.” Having been asked what harm could arise from such a trifling demand, Nushirvan replied: “The foundation of oppression was small in the world but whoever came augmented it so that it reached its present magnitude.” If the king eats one apple from the garden of a subject His slaves will pull him up the tree from the roots.

One of the kings of Khorasan had a vision in a dream of Sultan Mahmud, one hundred years after his death. His whole person appeared to have been dissolved and turned to dust, except his eyes, which were revolving in their orbits and looking about. All the sages were unable

It is narrated that a tyrant who purchased wood from dervishes forcibly gave it away to rich -people gratuitously. A pious man passing near said: “Thou art a snake, stingest whom thou beholdest, Or an owl; wherever thou sittest thou destroyest.

Hormuzd, being asked what fault the veziers of his father had committed that he imprisoned them, replied: ‘I discovered no fault. I saw that boundless awe of me had taken root in their hearts but that they had no full confidence in my promises, wherefore I apprehended

Laudation to the God of majesty and glory! Obedience to him is a cause of approach and gratitude in increase of benefits. Every inhalation of the breath prolongs life and every expiration of it gladdens our nature; wherefore every breath confers two benefits and for every benefit gratitude is due. Whose hand and tongue is capable To fulfil the obligations of thanks to him? 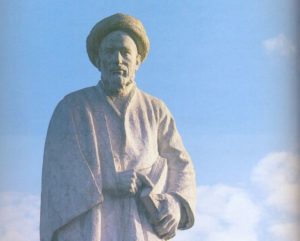 A man had attained great excellence in the art of wrestling, who knew three hundred and sixty exquisite tricks and daily exhibited something new. He had a particular affection for the beauty of one of his pupils whom he taught three hundred and fifty-nine tricks, refraining to impart to him only one. At last the youth had attained such power and skill that no one was able to contend with him and he went so far as to say to the sultan: “I allow superiority to my teacher on account of his age and from gratitude for his instruction but my strength is not less than his and my skill equal.” The king, who was not pleased with this want of good manners, ordered them to wrestle with each other and a spacious locality having been fixed upon, the pillars of state and courtiers of his majesty made their appearance. The youth made an onslaught like a mad elephant with an impulse which might have uprooted a mountain of brass from its place but the master, who knew that he was in strength superior to himself, attacked him with the rare trick he had reserved to himself and which the youth was unable to elude; whereon the master, lifting him up with his hands from the ground, raised him above his head and then threw him down. Shouts were raised by the spectators and the king ordered a robe of honour with other presents to be given to the teacher but reproached and blamed the youth for having attempted to cope with his instructor and succumbed. He replied: “My lord, he has not vanquished me by his strength but there was a slender part in the art of wrestling which he had withheld from me and had today thereby got the upper hand of me.” The master said: “I had reserved it for such an occasion because wise men have said: “Do not give so much strength to thy friend that, if he becomes thy foe, he may injure thee.” Hast thou not heard what the man said who suffered molestation from one whom he had educated? Either fidelity itself does not exist in this world Or nobody practices it in our time.

One of my friends complained of the unpropitious times, telling me that he had a slender income, a large family, without strength to bear the load of poverty and had often entertained the idea to emigrate to another country so that no matter how he made a living no one might become aware of his good or ill luck. Many a man slept hungry and no one knew who he was. Many a man was at the point of death and no one wept for him.

I have heard that a royal prince of short stature and mean presence, whose brothers were tall and good-looking, once saw his father glancing on him with aversion and contempt but he had the shrewdness and penetration to guess the meaning and said: ‘O father, a puny

It is narrated that an oppressor of the people, a soldier, hit the head of a pious man with a stone and that the dervish, having no means of taking vengeance, preserved the stone till the time arrived when the king became angry with that soldier, and imprisoned him in a well. Then the dervish made his appearance and dropped the stone upon his head. He asked: “Who art thou, and why hast thou hit my head with this stone?” The man replied: “I am the same person whom thou hast struck on the head with this stone on such and such a day.” The soldier continued: “Where hast thou been all this time?” The dervish replied: “I was afraid of thy dignity but now when I beheld thee in the well I made use of the opportunity.”’ When thou seest an unworthy man in good luck Intelligent men have chosen submission.

A king was subject to a terrible disease, the mention of which is not sanctioned by custom. The tribe of Yunani physicians agreed that this pain cannot be allayed except by means of the bile of a person endued with certain qualities. Orders having been issued to search for an individual of this kind, the son of a landholder was discovered to possess the qualities mentioned by the doctors. The king summoned the father and mother of the boy whose consent he obtained by giving them immense wealth. The qazi issued a judicial decree that it is permissible to shed the blood of one subject for the safety of the king and the executioner was ready to slay the boy who then looked heavenwards and smiled. The king asked: “What occasion for laughter is there in such a position?” The youth replied: “A son looks to the affection of his father and mother to bring his case before the qazi and to ask justice from the padshah. In the present instance, however, the father and mother have for the trash of this world surrendered my blood, the qazi has issued a decree to kill me, the sultan thinks he will recover his health only through my destruction and I see no other refuge besides God the most high.” To whom shall I complain against thy hand If I am to seek justice also from thy hand?

ShareTweetShareSend
No Result
View All Result